Sir James Dyson was born on the 2nd of May, 1947 in Cromer, Norfolk. He is a British inventor, industrial design engineer and the Chairman of Dyson Company.

Dyson is also referred to as the vacuum king, because of his invention of the ‘bagless vacuum cleaner’. His belief that things should work properly led him to build an appliance empire. However it was not an easy ride to get to this point. After 5126 failed prototypes, failed deals, fruitless meetings and disappointing attempts to get start up loans, Sir James Dyson finally got his product to the market in the UK, and later the US, at the 5127th attempt.

In 2006, James Dyson was knighted by the Queen for services to business.

There are several business lessons to learn from a man who turned a ‘mere’ vacuum design into an empire. This article aims at explaining five of them.

● Giving Up Isn’t an Option

A lot of household names talk about their success stories alongside the trials they faced because one thing is for sure, if they had given up, they wouldn’t be where they are today. James Dyson is no different. He made several prototypes that failed and still he didn’t let go. The first product that he launched in 1963 was called the ‘G-force Cleaner’ but there was little to no interest in it.

Challenges will inevitably come along that have the potential to knock you sideways, but according to Dyson, to succeed in business you must “enjoy failure and learn from it” because “you can never learn from success”. The lesson here is, turn things around and flip every disadvantage to your advantage, instead of wallowing in self-pity and giving up.

As a business owner, not taking risks and constantly playing it safe might help you put a couple of thousand in the bank but won’t shoot you towards that point of being a brand to be reckoned with.

On risk-taking, Dyson writes “Dyson actually started in a recession, launching DC01 in 1993. Through economic ups and downs, we’ve continued to invest in the calculated risk of invention and it’s paid off”.

At the time, it might have seemed like a foolish act to get involved in something that he didn’t know would succeed in the middle of a recession. However, risk-taking helps you know what works and doesn’t. The trick is in making sure your risks are calculated.

Be passionate about what you do. Find what drives you and let it serve as a bounce towards your goals. If you have no passion or drive, you will be doomed before you even start.

Anything can serve as a drive. It could be your need to change the world, a fear of failure, fear of poverty, zeal to be famous or a total love for what you do. For Dyson, his fear of failure pushed him to be so much more.

In an interview with Margaret Heffernan, he said: “to this day, it is the fear of failure which makes me keep working at success”.

There are bound to be people along the way who have a problem with your ideas or opinions. Some out of jealousy and others because they sincerely do not see the bigger picture. But then, the vision is yours, not theirs, so listen to corrections and constructive criticisms and filter out the noise.

Rejection is unfortunately bound to happen at some point, either from strangers or those closer to you but do not let it get to you. Instead, use it as fuel to power you towards achieving your dreams.

James Dyson: “it took five years of doing nothing but making and testing prototypes. My wife supported us by teaching art. But most other people thought I was mad”.

Your idea is not baseless. Trust your instincts and your capability to turn that idea into something amazing.

James Dyson: “I’d seen an industrial sawmill, which uses something called a cyclonic separator to remove dust from the air. I thought the same principle of separation might work on a vacuum cleaner. I rigged up a quick prototype, and it did. I was obsessed.”

Follow your heart. “Never be afraid to fail,” is Dyson’s mantra. Believe in your purpose and fight hard for your dreams.

Conclusively, there’s no secret formula for success. Rome was not built in a day. Some entrepreneurs who are desperate to make money and a name for themselves, try taking shortcuts. But long-lasting success is built on solid foundations and a great mental approach to the work you doing. 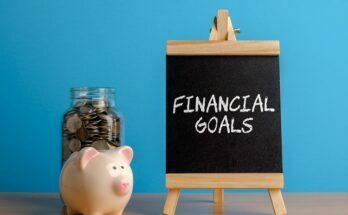 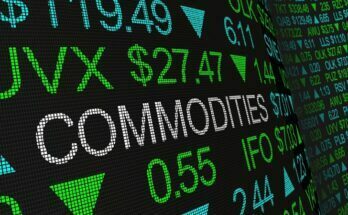 How to Trade Commodities in Australia?

My name is Pedro Pam. I write about the latest finance news and how to navigate those changes in your finances. I am a daily writer on my site, which is a finance blog focused on helping investors find great information and make better decisions with their money.

View all posts by Pedro Pam →