Pennsylvania lawmakers recently approved a bill that will, beginning next October (2020), require almost every construction company in the state to verify the employment status of new workers through the federal E-Verify system. Lawmakers say the legislation is intended to protect U.S. citizens and legal residents from having to compete for jobs with people living in the country illegally.

Lawmakers say the legislation is not a statement on legal or illegal immigration. They say it is simply one of protecting jobs and making sure that everyone legally employed in the construction industry is paid what they deserve to be paid. There are some who disagree, but the majority of construction companies and labor unions in Pennsylvania support the move.

How the System Works

The federal government’s E-Verify system is an online system through which employers can confirm the employment eligibility of both current workers and prospective hires. The system has been in place for more than two decades, having been authorized by the Illegal Immigration Reform and Immigration Responsibility Act of 1996.

Using the system is quite simple. Employers log on and enter personal information provided by the employee or prospective hire. That information is compared against Social Security, immigration, DHS, and other records to determine the individual’s eligibility. Though errors have been known to occur, E-Verify has proved mostly reliable over the years.

Pennsylvania lawmakers believe the system can help identify construction workers ineligible to work here, thus reducing illegal hiring and protecting the jobs of legal workers. Best of all, the system is super convenient to use. Worker eligibility can be checked in mere minutes. As such, it places very little burden on employers.

With the Pennsylvania law now on the books, some are asking whether E-Verify is right for the construction industry. Critics of the law say that its implementation could cost thousands of legitimately employed workers their jobs due to system errors. Others worry that using the system could lead to questions of worker classification – even among those who are eligible for employment in the U.S.

Not only does this take jobs away from eligible workers, but it also artificially suppresses wages and allows unscrupulous contractors to undercut those doing business the right way. Those contractors ultimately hurt the entire industry and all its workers.

A Good System across the Board

BenefitMall, a Dallas provider of payroll and benefits administration services, says the benefits of using E-Verify are not limited to the construction industry. Businesses in every sector can utilize the system to verify worker eligibility. BenefitMall also points out that at least a half-dozen U.S. states require all employers to verify worker eligibility through E-Verify.

Whether your company is required to use E-Verify or not, you cannot go wrong by taking advantage of it. The system is easy to use and doesn’t cost a penny. In Pennsylvania, their new law applies only to construction for now. Chances are that lawmakers will eventually expand it at some point in the future. 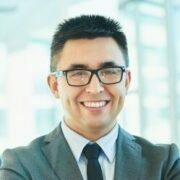